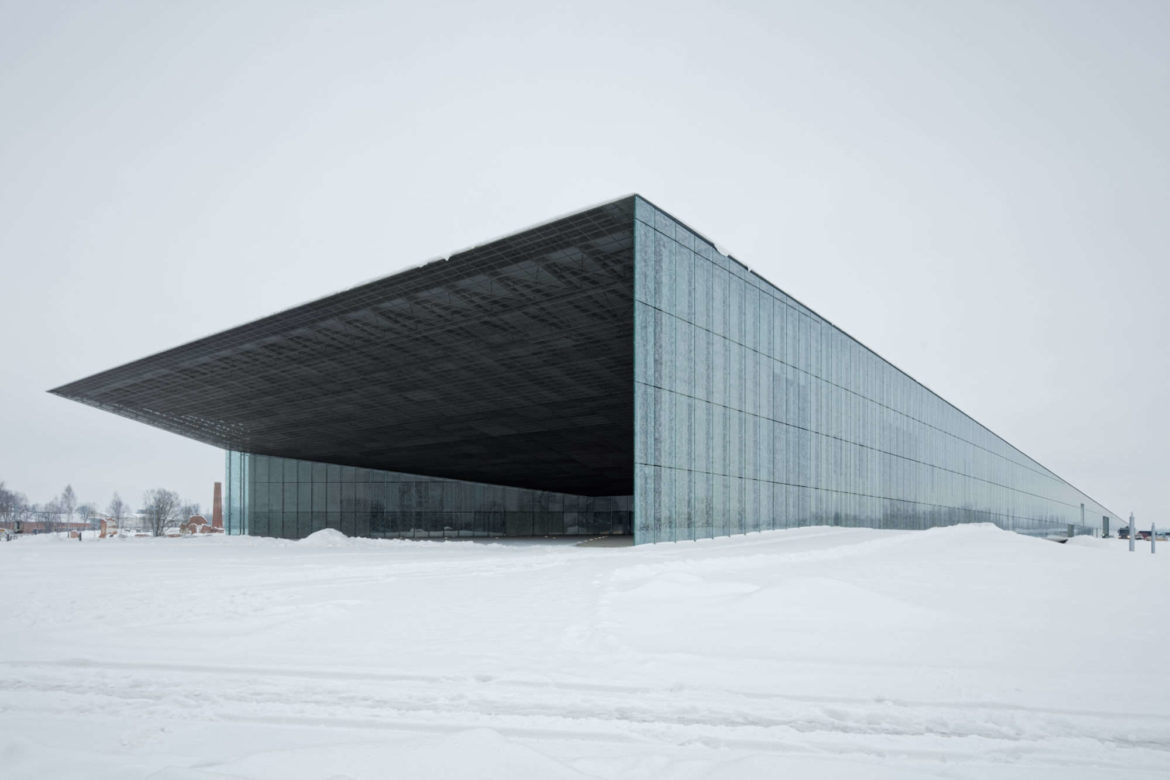 The Story of Memory Field

The Estonian National Museum is a site-specific project, which uses an existing military runway from the Soviet past. What makes this location meaningful is its physical and mental landscape. It is an emotional project for the Estonian people, that has developed during the last ten years. Starting with the architectural competition in 2005, through the whole building process, up to the public opening ceremony in September 2016 in Tartu. The museum building was designed by the DGT architects, which is a Paris-based international partnership founded in 2006 and led by the architects Dan Dorell, Lina Ghotmeh and Tsuyoshi Tane.

Spatial intelligence includes the ability to solve problems or create products that are valued in a particular culture. It is defined as a human computational capacity that involves the ability or mental skill to solve spatial problems of human navigation, visualization of objects from different angles and space, face or scene recognition, and noticing fine details.

Tüüne-Kristin Vaikla: What were your emotions when you, three young architects with different backgrounds, started the architectural competition process?

Lina Ghotmeh: In 2005, we had met in London while working at important architectural offices – Ateliers Jean Nouvel, Fosters & Partners and Adjaye Associates. At this same time, the Estonian National Museum competition project was published. The brief for the competition suggested an architecture that would cross disciplines, one that was able to intersect with the history, the ethnography and the sociology of the place. It included the aspirations of a nation, the desire to create a “public” place, a landscape of memories, a place that would not only bring Estonian voices together but would be open to the continuous making of identity.

Passionate about Architecture and aspiring to challenge ourselves, working on such a motivating competition was inevitable. We worked through the nights, after office hours, during vacation time. Researching, questioning and discovering Estonia’s history and the stories that the site of Raadi held within it. The aerial movies published on the competition site reflected on the dramatic history of the site, where there was a wide scar, an element that seemed to have caused the alienation of this site from the city centre. We felt the responsibility to question the site, its traces, and it became more and more obvious that this museum should play an urban and mental role. It could not simply be an iconic object set in Raadi; it had to have the potential to regenerate the surrounding area, to transform the past into a new vision of a constructive and productive future.

As for myself, born and raised in Beirut, I lived through the war and occupations in my childhood. I know  what it means to live with the memories of painful times, the contradictions that these traces leave on our landscape. I have also learned that it is through contradictions that we can instil change, that new unique spaces can emerge. There is an amazing poetic realm that can emerge while dealing with the genius loci of a place. The idea of making this new museum rise from the existing runway became evident. The new building had to transform the site and to do so it had to deal with the large traces of military occupation, to appropriate it into its own space. Through linking to this platform-airfield, the building became urban, it opened up the past to the future, and the national boundary expanded into an infinite space, that of the runway, a space in which the naked eye could not distinguish the limits.

The Estonian National Museum building won the AFEX (French Architects abroad) Grand Prix, which was awarded at the opening ceremony of the Venice Biennale in May 2016. The award seems to be proof that the best decisions have been made during the long process from the starting point of the project up to the final realization. What is the main concept of your project and how has the building changed during the long preparation and building process?

The museum gained a whole public meaning, creating different qualities of public spaces. It intersected and reacted to the landscape, to the existing site. I was keen on this dialogue between the outside and the inside, keen on questioning the limits. So, in encountering the lake, it became a bridge, filled with views of the lake. Reaching Roosi street, or the city side, it welcomed its visitors through a large canopy space, inviting one to experience the inner spaces as orchestrated by the slanted roof.

The initial concept of the project remained unchanged: the emergence from the site traces, the opening to the runway, the relationship to the landscape, and the entrance canopy. During the process, we also discovered that the ground-water level of the area was quite high; this made us raise the building a few meters so that it would not sink. To meet the airfield, we had to augment the slope, starting at 14 m at the entrance side and dropping into the landscape at a height of 3 m.

I think these developments reinforced the project and the only thing that I think changed from the initial concept was the fact that the roof of the building was not walkable any more. Our initial idea was to make it accessible, a place for the public to stroll, but it was technically impossible. The building would have become structurally more complex and hence more expensive. So we had to abandon this idea… But we avoided creating all kinds of handrails and technical elements on the roof, and the project became even purer. What also developed during the process was mainly the programme, the articulation of the interior spaces, which was normal as we got to know the museum team, and had to integrate their demands.

The Afex Award’s jury voted unanimously to give the award to the museum. They saw in it a project that could not be placed elsewhere, that belonged to its place, that revealed the original beauty of the land. It is a great honor to receive this award.

What about the dynamics between the architectural language of the building and the museum exhibition at the Tartu Raadi runway? Somehow I remember the feeling of some variance – as in visiting the Jewish Museum in Berlin (by Daniel Libeskind) or the Museum of the History of Polish Jews in Warsaw (by Lahdelma and Mahlamäki) – between the strong language of the architecture of the building and the history, which is retold through the exposition.

There is a tension between the building and the exhibition design. Both dialogue in different ways, and at times this tension is positive. I like the “parallel worlds” of exhibition parts, where the structures force us into narrow passages. 3+1 Architects designed the exhibition spaces with lots of objects to exhibit, and voices to represent and narrate: the synthesis of all those was not easy. The building was also challenging because it has two entrances, inviting visitors to read the exhibitions from two directions. The design had to accommodate that as well…. After ten years of work, of travels, and of visits to Tartu, it is such an amazing feeling to see our project built! We ourselves have grown with this building, learned through it, and I am very thankful to all the people that believed in this vision.

The museum could not have been placed in a different context or in a different location; it is tightly linked to the site, and to the city of Tartu’s meanings and cultural role in Estonia. Its poetics and strength are drawn from this situation. The museum and its site constitute an escape, a place where one can feel disconnected from dense city life, and a place that invites visitors into another temporality. One travels through history, through the present and through the future: the history of Estonia, the presence of the landscape and the future that the museum gesture symbolizes. I think the fact that we wouldn’t expect such a large museum in Tartu or in this location indicates the whole strength of the project, as well as its poetics.

And finally, something more personal: what inspires and surprises you in art, in architecture and in life?

I feel that last century drew us far from the essence of time, from relating to instinct, intuition, irrationalities and traditions, and all these are essential in balanced living. I am always inspired and touched by artworks that are able to transport us into a strong emotional experience, especially when they call on us to get in touch with our humanity and its relationship with nature. Being inspired by nature and thinking that architecture should tightly link us to earth has the capacity to draw the outside inside and dialogue with its context to create special and sustainable experiences. I am also passionate about history, about archeology as a way of connecting history and architecture. I consider architecture to be an archeological process. 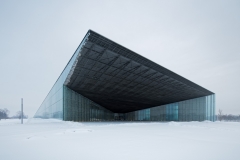 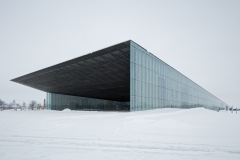 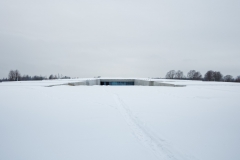 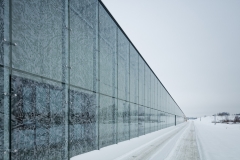 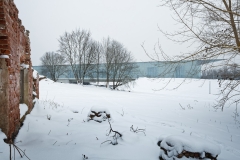 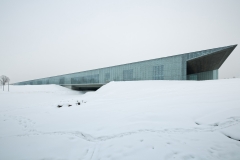 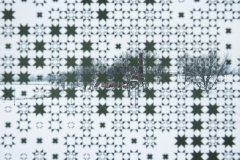 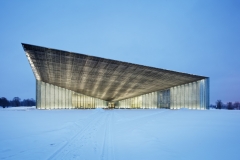 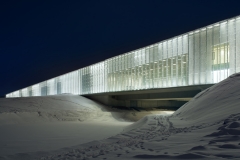 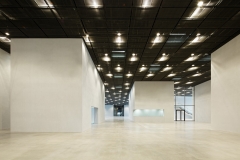 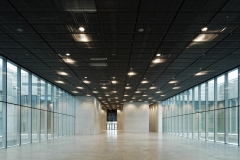 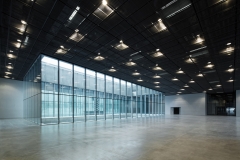 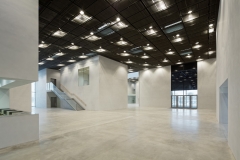 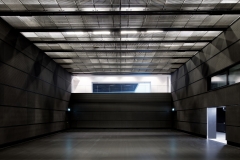 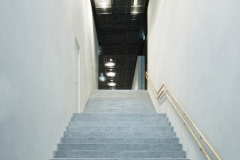 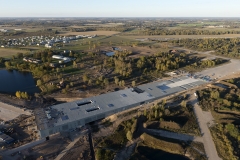 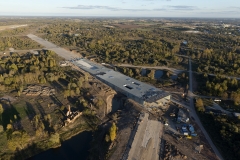 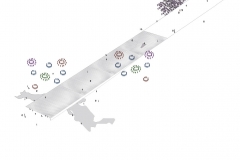 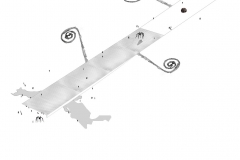 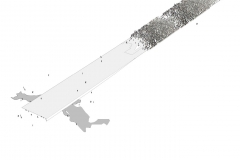 Tüüne-Kristin Vaikla is an interior architect who explores the social and artistic dimensions of space. She is Editor-in-chief of SISU––LINE interior architecture research journal and currently a PhD candidate at the Estonian Academy of Arts.