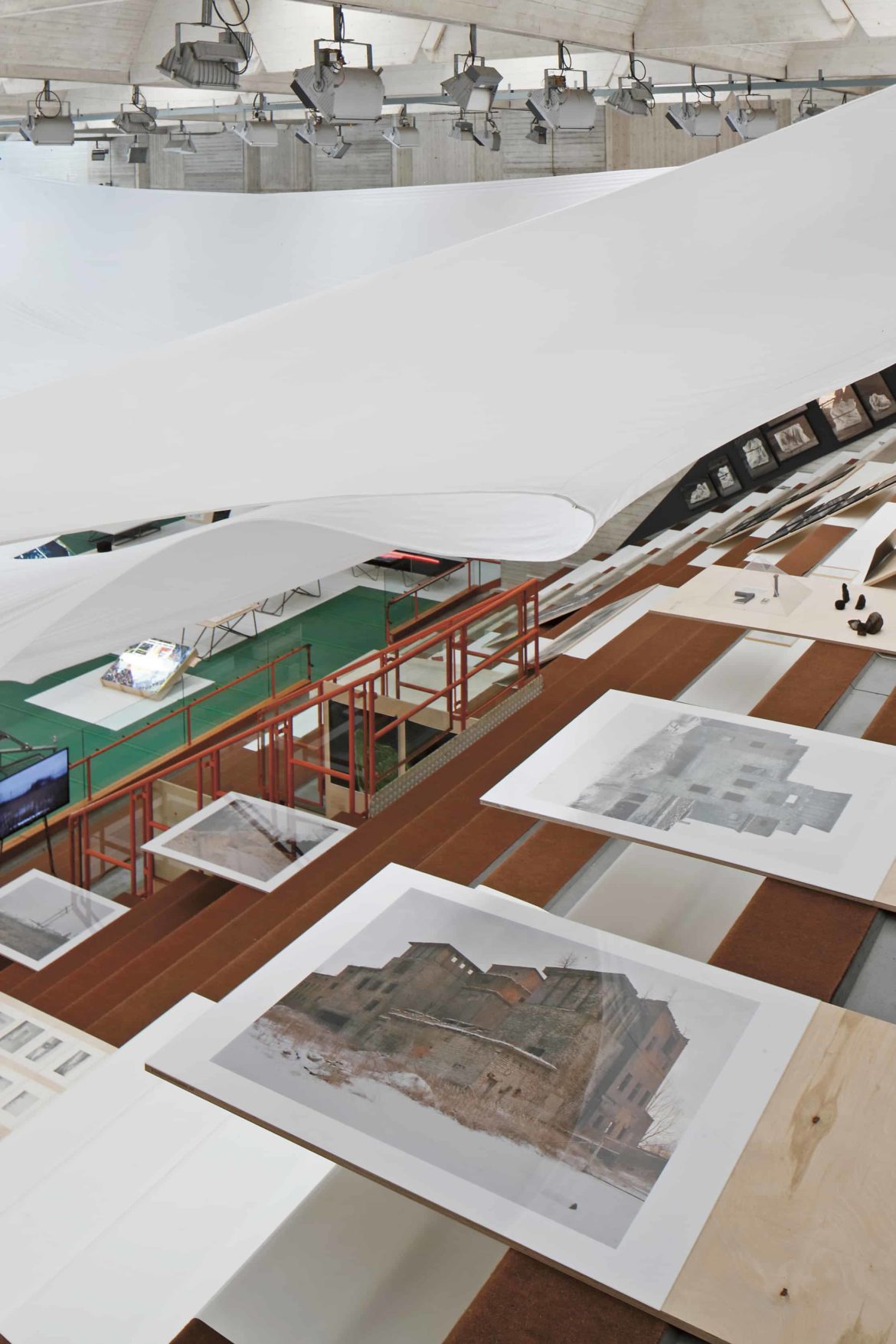 The aim of this essay is to argue for the enhanced perception of environments as a point of departure for descriptions of space, architecture and politics. The scientific community has offered us a history of scientific discoveries and knowledge about our planet, which by the second half of the 20th century sparked a new environmental turn in architecture and urbanism.

This ecological mindset also spread to spatial practitioners, such as the Estonian architect and conceptual artist Jüri Okas. Considering the never-built project for the Estonian Pavilion for the Universal Exposition of Seville in 1992 by Jüri Okas allows us to understand the shift by architects from the environment to a narrative about identity and progress in the newly independent nation. This duality of time and timelessness in relation to society and the environment bridges over to the Baltic Pavilion exhibition, which seemingly operates in a “governmentality” that is not as directly related to nation states as it is to their territories and environments. Through various excerpts from the exhibition and its participants, we look at the architect’s role and apparent motivation in modeling complex landscapes. 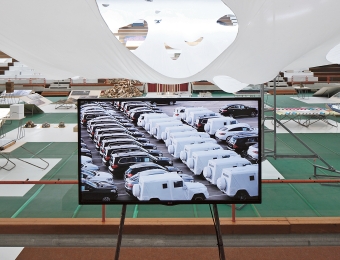 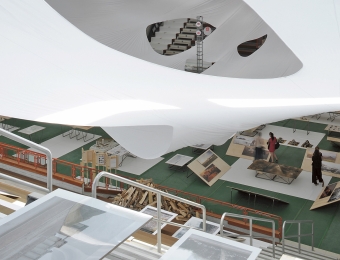 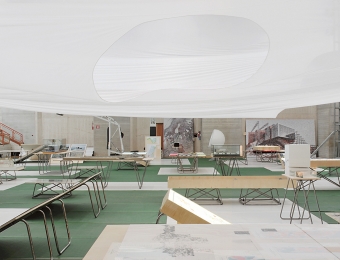 Furthermore, this essay explores architecture’s appetite for scientific discovery and the knowledge base it entails, and tries to find a healthy diet; balancing reading with both nature and human environments by imagining exhibits as hybrids, making everyone equally to blame for the world’s problems. The bottom line is that a debate is being held in relation to space, on the planetary scale, with transformations of environments as new forms of public space.

The Timeline of the Baltic States

Similarly to Okas, the curatorial team of the Baltic Pavilion proposes to exhibit the timeline of the transformations (or inertness) in the Baltic States as a process when describing some of the exhibits: “Some elements of this built environment are too inert to be completely reorganized instantaneously—infrastructure, cities, and transport links are currently in a state of functionality, and so demand specific practices simultaneously to maintain their stability. At the same time, these structures also determine future possibilities. The Baltic Pavilion is interested in an ecology of practices that inscribe new policies onto existing landscapes through procedures such as addition, transition, translation, integration, and assimilation—making use of what is already at work.”

In order to illustrate the parallel to the Baltic Pavilion, one prime example from the show in Venice is a transcript of a public event held in February 2016 in Tallinn – “The Phosphorite Debate” – to re-examine the events around the mass demonstrations from the 70s and 80s in Estonia in the context of large-scale mining operations planned by the Soviet Union.

At the event, Maroš Krivy asked a high-ranking scientist from the advisory board during the Soviet period, Anto Raukas, to explain exactly how phosphorite mining could have caused environmental damage, to which he responded by making reference to “the Russians”. “It seems that there is no clear boundary between ecological and ethnic pollution; to critics, the Soviet workers within the territory of the Estonian republic were as much ‘out of place’ … as the heavy metals were ‘out of place’ in groundwater, the negative externality of phosphorite mining.”

When prompted about his opinion on mining for phosphorite, nowadays, Raukas has changed his mind and argues for the need for fertilizers for food crops as well as  the politico-economic need to export them. “The role of an expert and a scientist is thus inseparable from politico-economic considerations and technological imaginings (this contrasting with the post-socialist desire to replace politics with expertize). On one hand, the shift of a standpoint on mining has to do with the geopolitical situation after the Cold War, as mining has come to signify less the inflow of labor and more the inflow of capital.”

On the other hand, it also has to do with the solutionist belief that the economy and ecology can be reconciled once we develop the right technological solutions. I must confess a strong disbelief in this attitude in the Anthropocene Age and with mankind’s irreversible impact on environments. There is very little hope in the notion that expanding the scale of the technosphere would do more to tame the self-destructive drive colliding with Planet Earth. In the network of operators in the Baltic Pavilion, the researcher of legal documents Gustav Kalm warns: “There is more science than ever before and there is a plethora of organizations, standards, and treaties that are supposed to protect and safeguard our comfortable existence on planet Earth. … But it is also true that our numerically and industrially expanding humanity is changing the planet and its ecosystem in an unprecedented way, with only negative future scenarios in sight.” The realization of such a downfall is possible thanks to advances in the scientific community, but I, along with almost 100 invited participants in the Baltic Pavilion from a broad range of practices, would argue the way out of it cannot rely only on science.

It’s Time for a Spatial Turn

These days, the main difference is that architects in this game of governance and planetary-level scientific calculation seem to be experts at nothing, yet curious about mastering the tools of geography as activists in desperate need of a new perspective on space. Ironically, there is a sense of disappointment when aspiring to “become a scientist” in one’s arguments, as  such a technocratic standpoint has failed on numerous occasions to produce the desired effects or a single truth.

As Bruno Latour said, citing the news in almost despair directed at every practice: “On page four of my daily newspaper, I learn that the measurements taken above the Antarctic are not good this year: the hole in the ozone layer is growing ominously larger. … The same article mixes together chemical reactions and political actions. A single thread links the most esoteric sciences and the most sordid politics, the most distant sky and some factory in the Lyon suburbs, dangers on a global scale and the impending local elections or the next board meeting. The horizons, the stakes, the time frames, the actors – none of these is commensurable, yet there they are, caught up in the same story.” As a student of Latour, Gustav Kalm has emphasized the need to look at politics from a different standpoint. “Perhaps we fail to see the need for a radically new politics because the two great ideologies of the twentieth century saw politics forcibly ending in messianic salvation: either communism bringing general welfare and equality or the godly figure of the invisible hand balancing all antagonistic forces to arrive at steady states…. They redirect our attention from a contentious present to an idealized vision of progress and salvation.” 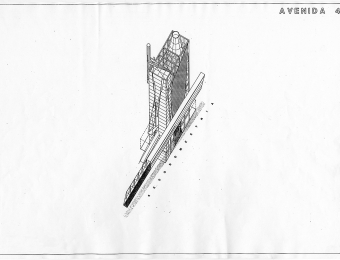 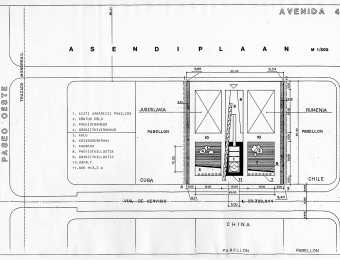 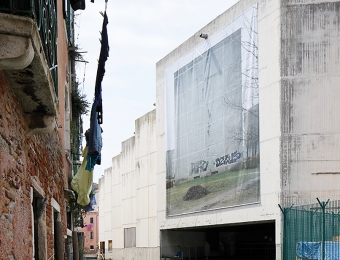 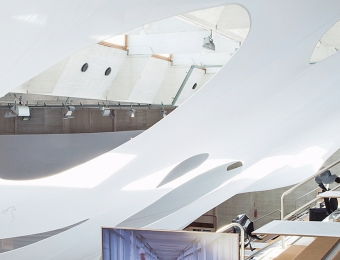 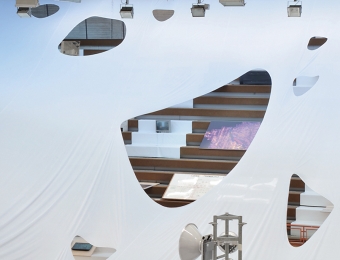 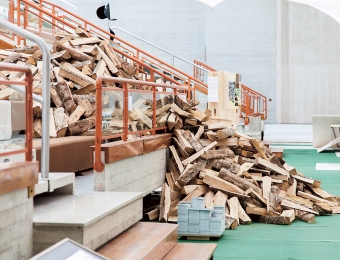 There seems to be a moment of clarity in the recognition of environmental impacts that seemingly calls upon the witnessing of a change in faith or direction. Environments as qualities have become greater than the politics that govern them. “In the case of the late 1960s and 1970s, we are faced with a situation in which the scale of environmental concern expanded exponentially, as registered in tropes such as the ‘whole Earth’ and the pervasive rhetoric of Spaceship Earth or in the equally post sovereign territory forged by global capitalism and institutions like the Ford Foundation and the UN.” Although (Buckminster) Fuller, for example, had long prided himself on thinking not only in international, but in “world-around” terms, this global imaginary now became far more common, with “humanity” itself becoming the client of architecture. Almost in direct response to Fuller, in his book We have never been modern, Bruno Latour asks what difference the scientific method makes. The difference, as Latour explains, is in our careful distinctions between nature and society, between human and thing, distinctions that our benighted ancestors, in their world of alchemy, astrology, and phrenology, never made. But alongside this purifying practice that defines modernity, there exists another seemingly contrary one: the construction of systems that mix politics, science, technology, and nature.

The phosphorite debate is such a hybrid, in Latour’s analysis, as are global warming, deforestation and even the idea of black holes. So it is clear we need a new perspective, as our projections of the volumes, facades and programs of the built environment fail to describe this hybrid world. “This new aesthetic introduced the viewer to the previously unnoticed sheds and heaps of earth, transformers and warehouses; it recorded what before had been perceived to be boring and banal as something extraordinary, and brought into the collective imagination things that before had been perceived only unconsciously.” As with the hundred environmentalists of the Baltic Pavilion, the mainstream of Jüri Okas’s work balances between the future and the past, between human and nature, in the “in between”, in the environments of now.

One can argue that both the Sevilla 1992 and Venice 2016 pavilions tried to envision a specific environment (political and geographical) and the forces shaping it or explaining its specificity, sometimes borrow the extreme precision of research data from the scientific research community to describe new perspectives on energy consumption, mineral resource extraction, etc. From The Blue Marble to Okas and his Estonian Pavilion or the hybrids of Latour, this association for creating or rendering models that approximate or translate the planet and the built environment ranges from artistic translations of politics to scientific models.

At the heart of this, the underlying concern seems to be the fate of mankind on this planet, but also the environment we as architects are contributing to. In this translation, all of the different visions of the environment must adapt and consider others. The environment is a construct onto which it is possible to project behaviors and agencies, using the environment as a medium. To put it simply, environments are contemporary models for the public space of debate: they are shared, (more less) universally recognized, and contested from specialists’ points of view.

Johan Tali (b.1986) is a founding partner of the international architecture office Molumba, co-curator of INTERSPACE at the 13th and The Baltic Pavilion at the 14th Biennale di Venezia International Architecture Exhibition. He is a PhD researcher at the Estonian Academy of Arts.