It would be quite an achievement, to put it mildly, to squeeze an overview of Estonian Neo-Classicism to a mere two three pages. In the 18th and the early 19th centuries, the whole of Europe was overwhelmed by the ideas of the Enlightenment and by enthusiasm for the antique and for the noble ideals of the French Revolution. All that found eager response in the Baltic countries too, and no one could say that it was taken more lightly here.

The manor houses here boast the richest heritage of Neo-Classicism. ėAfter the wars waged at the beginning of the current century, our fathers still had to inhabit squalid wooden houses under poorly thatched roofs, with tiny windows and often without any chimneys. Now, on the other hand, numerous handsome manor house complexes have sprung up everywhere, which are not only made of stone, but have been erected with good taste. The houses there look like hśtels, surrounded by neatly placed outbuildings,‰ wrote August Wilhelm Hupel, one of the first local encyclopaedists, in 1787. Estonian manor houses became rapidly richer when Russian markets opened up for local agricultural products in the late 1760s. This was followed by an extraordinary building boom, so that two thirds of our present manor houses were built in the late 18th century and the early 19th.

There is no reason whatsoever to think that manor house architecture in the Baltics at this time was any worse than that in Western Europe  close contacts with foreign countries, travelling, and widely available architectural literature all made it possible to keep up with the most recent developments. The only indication of being a bit behind the times is the fact that various elements were imported from western architecture in a crystallised form, ready-made. The only thing the local nobility could be accused of was perhaps a too-eager submission to fashion. ėThere are indeed beautiful buildings in Livonia, but unfortunately they are mostly copies. Everything they have in Rome, Naples, Dresden or Berlin, we must have here too,‰ wrote Heinrich Johann von Jannau in 1781. Besides the very modern, there was naturally room for the old-fashioned. Whereas the grander manor house complexes displayed obvious foreign influences, the provincial houses stubbornly retained their archaic features. Architecturally remarkable manor houses can mainly be found in North Estonia: for example the Kolga, Saku, Riisipere, Kiltsi, Aaspere, Udriku, Roosna-Alliku, Norra, Kirna, Liigvalla and Lihula manor houses. There are far fewer of them in South Estonia and the islands (źisu, RÉpina, Kuremaa etc.).

But the manor houses in the countryside were by no means the only Neo-Classicist ėislets‰. Various other buildings sprang up in between them: post stations, inns, communal granaries etc. Around the year 1800, there were on average two inns to every manor house in North Estonia. These often sported similar colonnades to the manor houses. The Neo-Classicist forms were widely used also in the design of chapels. One of the finest chapels of this kind is situated in the Keila cemetery  Otto Magnus von Stackelberg, who designed it around 1815, had spent years in Greece studying the ancient architectural monuments, and had also been one of the founders of Istituto archeologico in Rome. Designing a small classical prostyle chapel on his family‰s burial plot, he seemed to want to demonstrate that the same forms he had so diligently measured under the scorching sun of Greece could equally well be used here in the cold north. 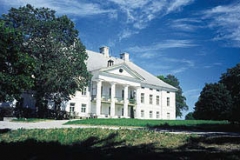 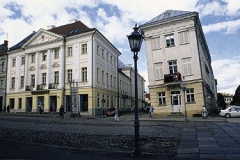 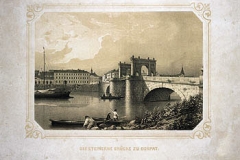 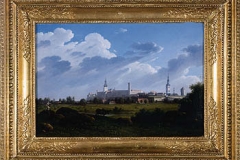 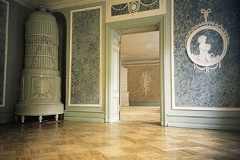 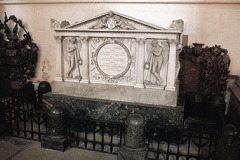 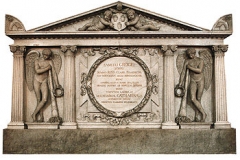 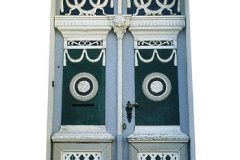 The influence of Neo-Classicism can naturally also be felt in most of the Estonian cities. The most Neo-Classicist of them all is perhaps Tartu which had to start almost from scratch after the great fire of 1775. The whole city centre was destroyed  the later buildings were almost all Neo-Classicist, for example the Uspenski church which was completed in 1782, the Stone Bridge (Kivisild) in 1784, the Town Hall in 1789 etc. The inhabitants of Tartu took special pride in the Stone Bridge, which was covered with granite all over like the bridges in St.Petersburg (the Bridge was destroyed in World War II). As the Bridge was a present from the Tsarina, the following words were engraved on the bridge‰s triumphal arch  SISTE HIC IMPETUS FLUMEN CATHARINA II IUBET.

After the opening of the University in 1802, Tartu began to develop even more rapidly. All of a sudden, Tartu had become the spiritual capital of the Baltics, the Athens of the River Emajżgi, as it was then called. The University required the erection of such significant structures as the main building of the University, an anatomy theatre, an observatory, a clinic etc. The architect for all these was Johann Wilhelm Krause who originally came from Silesia. Chiefly thanks to the efforts of Krause and Karl Morgenstern, the professor of aesthetics at the University, the hill called ToomemÉgi in the city centre was designed as a spacious English-style park, and the Cathedral which had stood there in ruins for centuries was rebuilt as the University library. The latter was completed in 1809, no longer in the Neo-Classicist style, but the Neo-Gothic style.

Compared with Tartu, Tallinn‰s share of Neo-Classicist buildings remained much smaller. Older houses were often rebuilt, rather than new ones erected. Behind many Neo-Classicist faŁades in the old part of Tallinn, one can thus often find a partly medieval building. Two substantial palaces were built nevertheless. With their Neo-Classicist faŁades, these buildings up on Toompea tower over the city even today (Kohtu 8 and Rahukohtu 3). Carl Ludwig Engel, who acted as the master builder of the city between 1809 and 1814, may be considered the most important architect of the Neo-Classicist period in Tallinn, not because he managed to build much in Tallinn, rather because after moving on to Finland he became the leading figure in Finnish Neo-Classicist architecture.

Besides architecture, Neo-Classicism obviously found expression in all other fields of art. Estonia‰s fortune and misfortune was its closeness to St.Petersburg. From there, many a famous artist arrived in Estonia, but so many who had started here, on the other hand, found many more opportunities in St.Petersburg. In the late 18th and early 19th centuries, for example, there were no remarkable sculptors working in Estonia. Most of the major commissions had to be offered to foreign artists  like the monument to Admiral Sir Samuel Greigh in Tallinn Cathedral, by Giacomo Quarenghi and Giuseppe Luciani (17881790); or Prince Mikhail Barclay de Tolly‰s tombstone in Jżgeveste, South Estonia (1823) by Vassili Demut-Malinovski.

Karl and Gerhard von KÄgelgen, considered to be the most consistent Neo-Classicists in painting, worked in Estonia partly as ėvisiting artists‰: the first specialised here in portraits, the second in landscapes in the spirit of Claude Lorraine. The best views of Tallinn in the Neo-Classicist period were produced by Carl von KÄgelgen in the late 1820s. Artistic life in Tartu received a vital boost after the founding of the Drawing School at the University in 1803. The first head of the School was Karl August Senff from Dresden whose speciality was graphic art; he was not much interested in painting. Most of the other artists connected with the School were also graphic artists, for example Ludwig von Maydell, although his work already reveals signs of Romanticism.