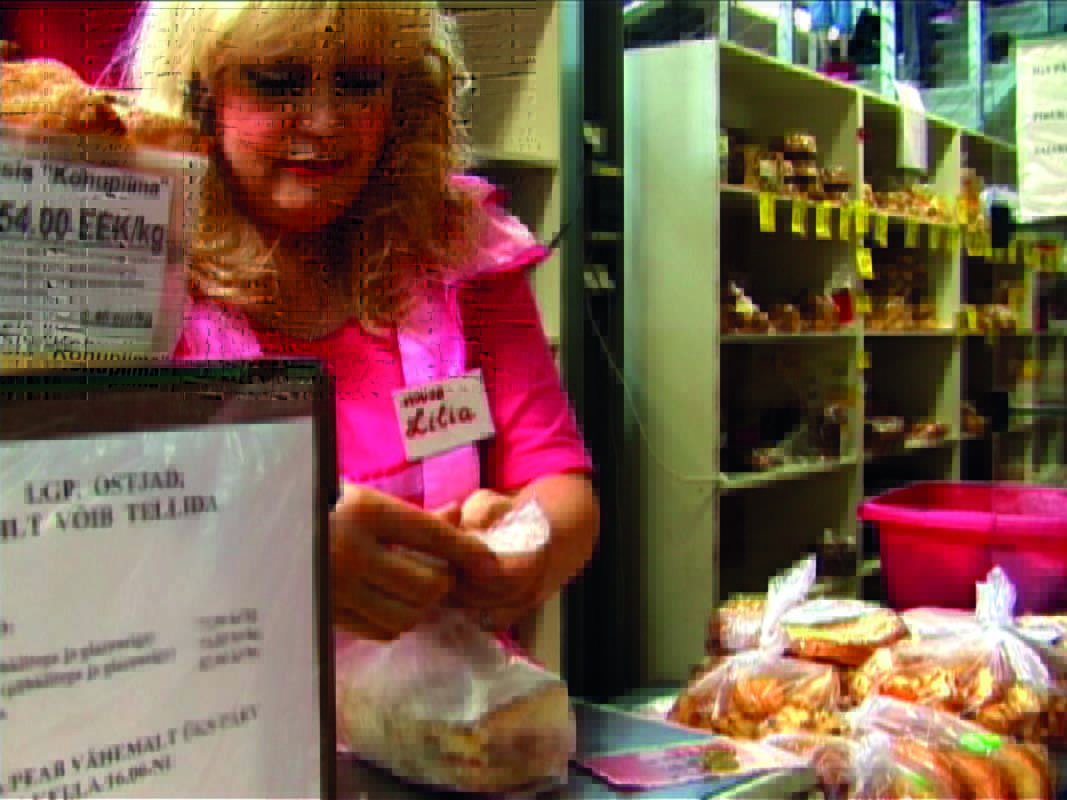 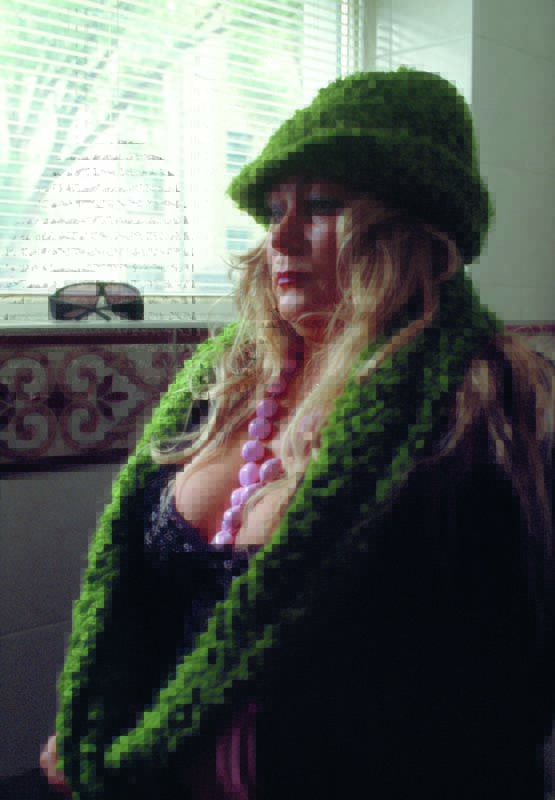 This year’s Estonian exhibition at the Venice Biennial, Liina Siib’s A Woman Takes Little Space, occupies five small rooms (and the toi- let) in the 18th century Palazzo Malipiero. This is the place where all Estonian exhibitions have been displayed in Venice during the last eight years. Unlike several earlier occasions, when the display tried to neutralise the space or transcend it, Siib’s exhibition accepts the place, together with its somewhat frustrating likeness to an apartment, and emphasises the fact that it indeed was once a living area. This is not necessarily because it is the best possible display space, but because it was the one provided. In the same way, the women in Siib’s photos and videos seem to adapt to their environments. They resist fight- ing the space and, with immense humility and pride, instal themselves just as the place requires, while still maintaining – perhaps because of this submission and flexibility – a certain superiority that characterises those who are predestined to lose.

All the works tackle the relationship between a woman and her space, based on Julia Kristeva’s treatment of a woman’s essential links with space, characterised by repetition and eternity – as opposed to the linearity of (masculine) time and teleology – and of the woman herself as a border area of a symbolic order, which is simultaneously inside and outside, or neither. On the one hand, the construction of the display marks the usual domestic spatial structure (a bed- room, living-room and bathroom) while, on the other hand, three works show women at their workplaces (or record them talking about it). Comparing these two spheres, i.e personal and working life, and the attitudes, general mood and behavioural patterns in both environments, we are struck by their similarity. Workrooms seem to be ‘domesticated’ (or the rooms have ‘domesticated’ the women), and life at home proceeds largely through (domestic) chores (or the life model expressed in the structure of rooms and created by it determines a woman’s way of functioning). Irrespective of function, all these rooms appear alien to the women, or rather seem to belong to other people (homes are mainly built and designed with a focus on children and family, assuming the woman’s presence everywhere; the structure might contain ‘father’s study’, but hardly ever ‘moth- er’s room’). At the same time, they seem totally personal: adapting to an alien place is not formal and alienated, but instead means identifying with a place that belongs to someone else. Submitting to space and not ruling it seems to make the role of these women more passive, but their relationship to space also becomes more dynamic and direct.

The main work of the exhibition, the photographic series A Woman Takes Little Space (2007–2011), records women of different ages and with different levels of social status in their

workplaces. The somewhat clumsy humour of the title and a strangely presented allegation reveal the uppermost and most topical level of the exhibition. The series was inspired by a claim which appeared a few years ago in articles in the Estonian press tackling gender equality that a woman needs less space (and a smaller salary) for her daily work than a man does. One major issue deals with mechanisms that allow such ideas – although in public debates they are mostly suppressed in the interests of political correctness – to persist quite unperturbed, as a result of a silent agreement that includes all concerned parties. This most evident layer, social inequality, does not of course stand alone. It grows out of numerous much deeper and more complicated, often unnoticeable and intertwined patterns of thought and behavioural practices that con- cern a woman’s ‘essence’ and roles (or, more widely, gender roles).

A Woman Takes Little Space formulates the explicit part of the problem in a rather poster-like way (although the photographs do not code, but do occasionally decode one another, making the picture rather multi- layered). Other works, however, seem to take a step backwards or sideways, and deal with on which levels and in which relations these ‘natural’ role models take shape and how their real conflicts make themselves visible. The installation A Room of One’s Own (2011) shows photographs and a video of the domestic lives and chores of women living in new residential districts near Tallinn, and Russian-speaking women dancing among themselves at an open-air concert in a winter landscape; the work Apartness (2008) consists of photographs of a middle-aged woman who has put on clothes she thinks a man might fancy, thus creating an image of a kind of hypertrophied woman. The video installation Averse Body (2007) presents interviews with prostitutes against the background of nocturnal views of Tallinn filmed from a car window. The artist asks them what they think of their bodies, what their clients think of their bodies, what they would like to change about themselves, how much time they spend on appearance etc. Besides works focusing on the ‘private sphere’ and body, the video Unsocial Hours (2011) introduces a model of working and social life, and a cycle through food, more precisely through cheap pastries, produced in night bakeries, sold in kiosks at a railway station, and eaten in Lasnamäe cafes or a Pelgulinna hospital during the lunch breaks of doctors and nurses. Besides observations of space, the most intensive element here is the dimension of time, its circulation and ritualism (which can also be seen in the domestic chores of housewives), repetition and ‘never actually getting anywhere’. This kind of circulation is naturally not only typical of ‘women’s jobs’ or a ‘woman’s life’ but, at least in the context of the current exhibition, both the main perceptions and meanings of this cycle seem to be present in equal measure (maybe even inseparably). On the one hand, the repetition seems frustrating and mechanised (a vicious circle) while, on the other, it can be positively reproducing and stabilising (creating a circle of life), which indicates the failure to ‘get on, succeed’, but also the fact that it might be unnecessary. 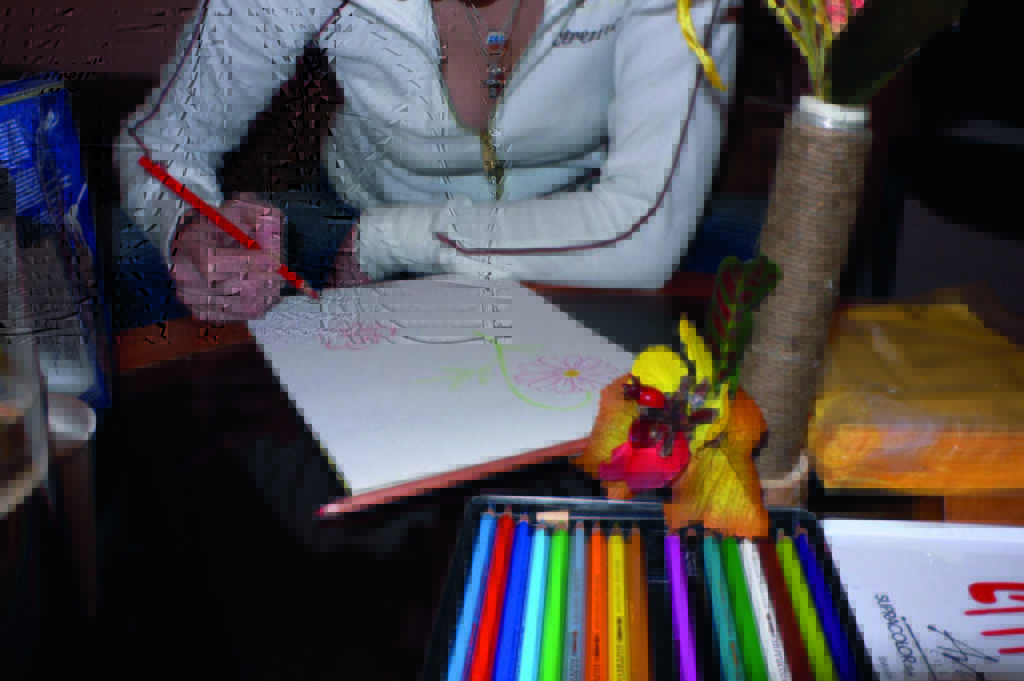 The exhibition does not display many men, although they are present through their voices: singing (or humming) in the bathroom (His Song, 2011), in Unsocial Hours as a broad- caster, and more indirectly in Averse Body, which starts with Jerzy Grotowski’s claim that prostitutes feel aversion to, and a lack of trust in, their bodies. The replies to the artist’s questions could be from any kind of women; they are sometimes quite confident, sometimes hesitant, but on the whole do not seem to confirm the thesis of aversion at all. Chatting with housewives might perhaps yield a rather similar, calming and nondescript result if we asked them whether they were satisfied with their lives (they would prob- ably say ‘on the whole, yes’). The same goes for the protagonists in the principal work at the exhibition if we asked them whether they were happy with their work (it could always be better, although they do not complain). All these works (all these women, their roles and lives) thus seem to refer to a problem, but the women are unable to express it directly; it appears rather complicated to formulate questions that would lead to clear expression. It is not that these women are insufficiently self- aware, that they accept the ‘circumstances’, or give up any form of fighting, but perhaps such conflicts of ‘deeper layers’ cannot actually be described according to ‘male’ logic, via specific questions and answers. Against this background, the protagonists of the installation A Room of One’s Own present a telling com- parison: women living in a new residential district spreading out into a wasteland, who have read Elizabeth Gilbert’s best-seller Eat, Pray, Love (a book about a woman who abandons her well-ordered life and goes out into the world to find herself and ‘everything’), as well as women dancing spontaneously, comically, in an ‘embarrassing’, complex-free manner, among a sparse concert audience. If the conflicts are ambivalent and always appear indirectly rather than directly, it is possible to understand and deal with them, and perhaps also solve them, only in practice – often also only ambivalently – in the course of living your life.

Anu Allas (1977), art historian, critic and curator. Her main research areas are visual and performance art
of the 2nd half of 20th century, Estonian art of the Soviet period, play and performance theories.